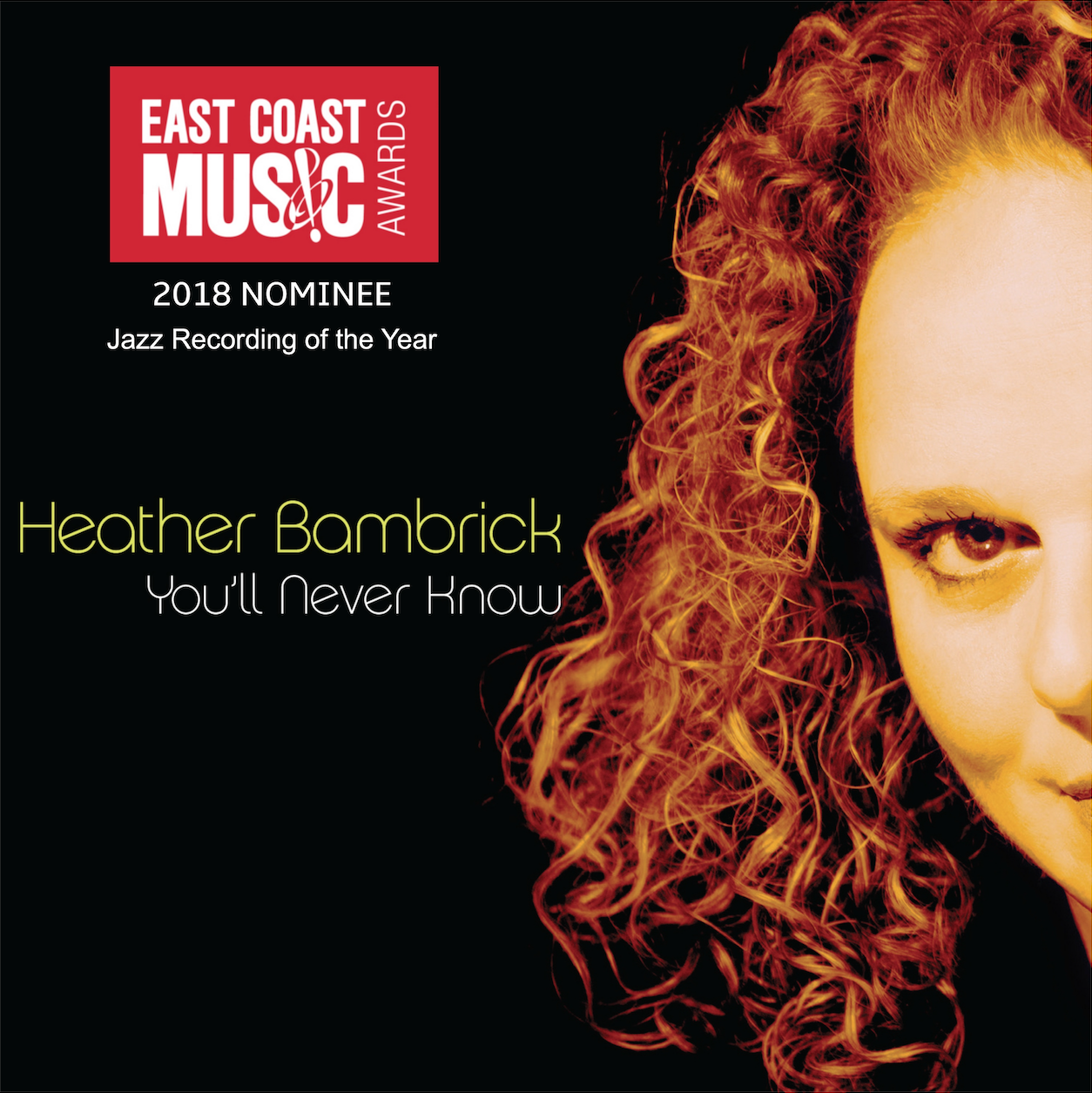 by Heather Bambrick
No Comments

On Monday, January 29, the East Coast Music Association announced the nominations for the 2018 East Coast Music Awards and I am thrilled to announce that You’ll Never Know has been nominated for Jazz Recording of the Year.  This is a very special honour for me, personally, as the ECMAs pay tribute to East Coast musicians and their music, so to receive this sort of recognition from my “Homeland” is pretty darned great!

I’m also delighted to be in the same category as these other brilliant musicians.  Some of them – like Florian Hoefner and Paul Tynan – are people I’ve worked or performed with in the past, and I’m truly a fan of theirs.  The others are artists whose music I’ve recently discovered and appreciate immensely!  It’s certainly a broad (and tough) category, and I’m honoured to be a part of it!  For a full list of nominees in all categories, click HERE.

This year marks the 30th Anniversary of the ECMAs which will be celebrated in Halifax, NS, from May 2-6, 2018.  The awards, themselves, will be handed out on Thursday, May 3rd, in a ceremony hosted by Jonathan Torrens and featuring performances by Sloan, Rose Cousins, The Once, The Barra MacNeils, and more.  You can watch the festivities live as they happen on Bell Alliant Fibe TV1, or at ECMA.com. 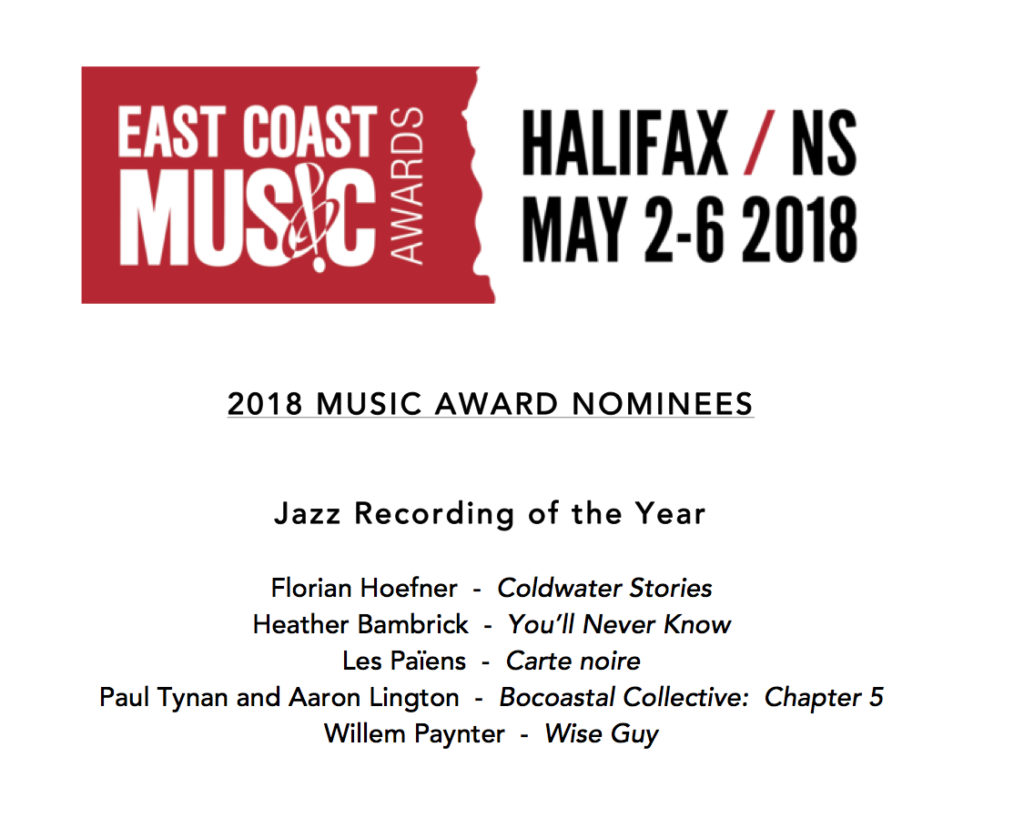